A Brief History of the Phototron 2000

Phototron was truly the first home grow box. A pioneer in the world of weed that peeked its head out in the 1980s and quickly became a household name.

So, what happened to Phototron?

The Early Days: The Birth of the Grow Box

Weed used to be okay. At least back then it was. When Phototron first launched in the 1980s it was clearly for weed. All of their literature and advertising talked about how to easily indoor grow high quality bud at home in the set it and forget it manner. It was the Ronco Food Dehydrator era and this was going to make growing your cannabis at home as easy as could be. There were promises that you could "double the growth rate of any plant, double the number of budding sites, and enjoy double the potency."

Their tv ads said "Just Plug it in and Start Growing" and proclaimed that it's perfect for "Condos, Apartments and Dorms". It really was a growing system ahead of its times. Developed by Jeffrey Julian DeMarco as he searched for the best way to start a hydroponic grow and produce your own medical marijuana. Truly the best way to start indoor growing to get a great high from your own marijuana. 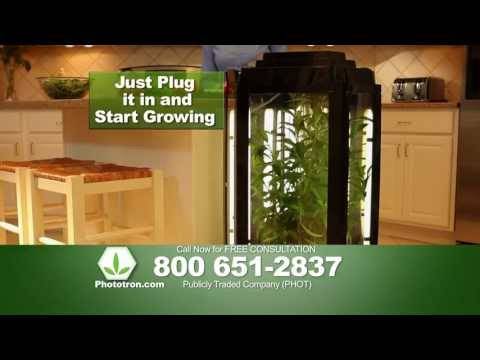 In fact sales took off and it wasn't long before Pyraponic Industries, the company manufacturing Phototron Grow Box, claimed sales of $100 million dollars to over 150,000 satisfied customers worldwide. That's a lot of indoor gardening!

By 1992, the Phototron 3 had launched and claims continued to increase. Phototron was now guaranteeing that you would triple the grow rate of any plant! (Although in the same ad the guarantee that you'll double your growth).

Over the years, Phototron would launch numerous models including the original Phototron, Phototron 2, Phototron 2000 and Phototron 3000 XS. Overall, the design remained simple and similar. A six-sided enclosure with tube lighting and windows on each side. In fact to grow weed without hermaphrodites, you'd have to cover the windows to darken the grow chamber. It really was never perfect for cannabis... but whenever you heard someone owned one you always wondered what they were growing...

Phototron was delivered in multiple boxes marked "agricultural research equipment" and when fully assembled the systems stands about 3 feet tall. For lighting, it uses U-shaped fluorescent bulbs and your grow takes place in a peat moss mix. During the first vegetative growth stages, lights are on for 18 hours per day. This encourages maximum growth of the plant since it's enjoying the "long summer days". After a couple months, as your plant is ready to flower, you switch the light to 12 hours on and 12 hours off. By changing the light timing, this switches the plant into the flowering period to produce that buds that you're looking for.

Yield estimates vary greatly from users (it's been a few years since their grows!) but in general they were low producing, under an ounce per grow at best.

There's no doubt that for a number of years, sales truly took off and Phototrons were everywhere at the time. If not as an investment, but as a cool tech toy for growing a plant or two in your living room. As the hype died down, by the mid to late 90s though, Phototron was all but gone. 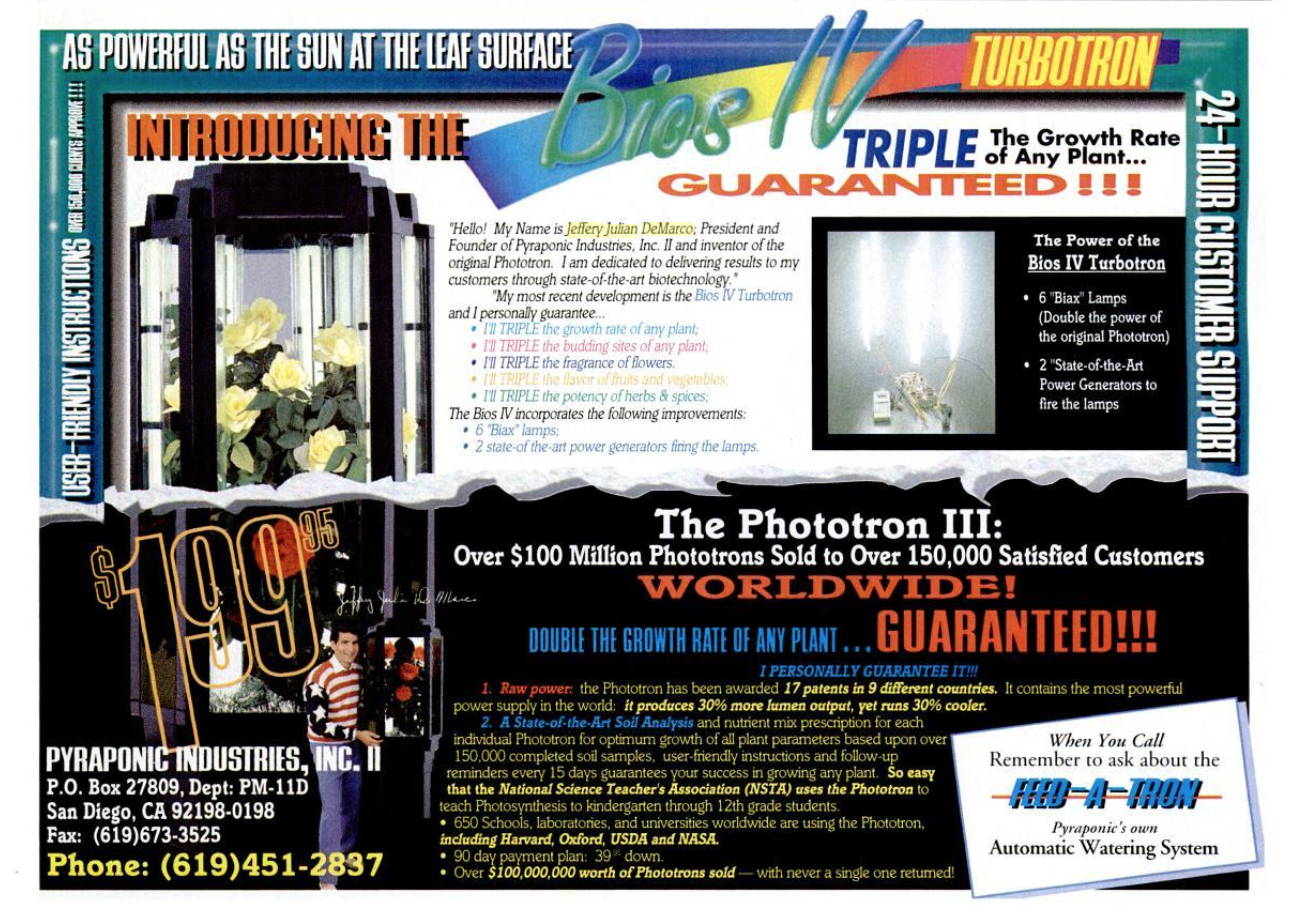 It's November 13, 2012 and the Phototron is officially back. With the resurgence of cannabis legalization in the USA, GrowLife, the parent company, releases a statement that they are making the product available again with new, optional LED lighting to dramatically improve crop yields. The original 330-Watt model is to retail for $479 USD with the 980-Watt LED model selling for $999 USD. Both version significantly higher than their previous $199 USD price point. When adjusted for inflation, the original system would only have been $364 today.

For all the excitement during the 90s, the revival is a quiet one. GrowLife shares a few press releases and creates a video tutorial series showcasing the Phototron and how to grow, complete with the 1990's vibe.

In 2016 the Phototron ends up on Amazon briefly where remnants can be found today in both Canada and the USA. It is no longer available for purchase today.

In 2020, there is all but a trace left over of this one great growing system.Today, the company is publicly listed and traded on pink sheets under the name GrowLife Inc, but their stock ticker remains PHOT, a relic from the Phototron days. They continue to operate within the cannabis space but Phototron brand seems to be dead once again (at least for now).

The true cause is not public knowledge, but two main factors were certainly at play:

1. They were too early. It's 2020 and cannabis legalization still has a long road ahead. Back in 2012/2013 there simply weren't enough states legal yet for any form of mass adoption.

2. Marketing has changed. With the rise of social media and online advertising, Press Releases and tacky videos are no longer enough to drive main stream interest.

They did, however, leave a lasting impression on the grow box space. With new technology such as the Internet of Things, and AI, new technology like the Grobo weed grow system now exist. Technology has caught up to the Phototron promise and we can now actually improve yields and potency of your grow. Nobody is 2x better yet, but Grobo is leading the way with our AI algorithms that monitor your grow 24/7 to search to make sure you always get the best results. 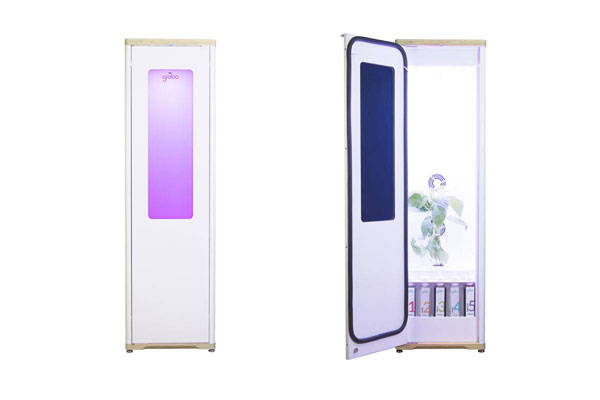 See your plant at the push of a button 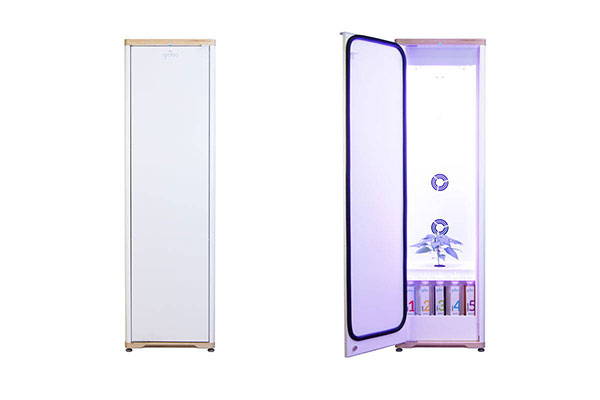 Did you ever own a Phototron? Please reach out and share your experiences with us as we document the history of Phototron!