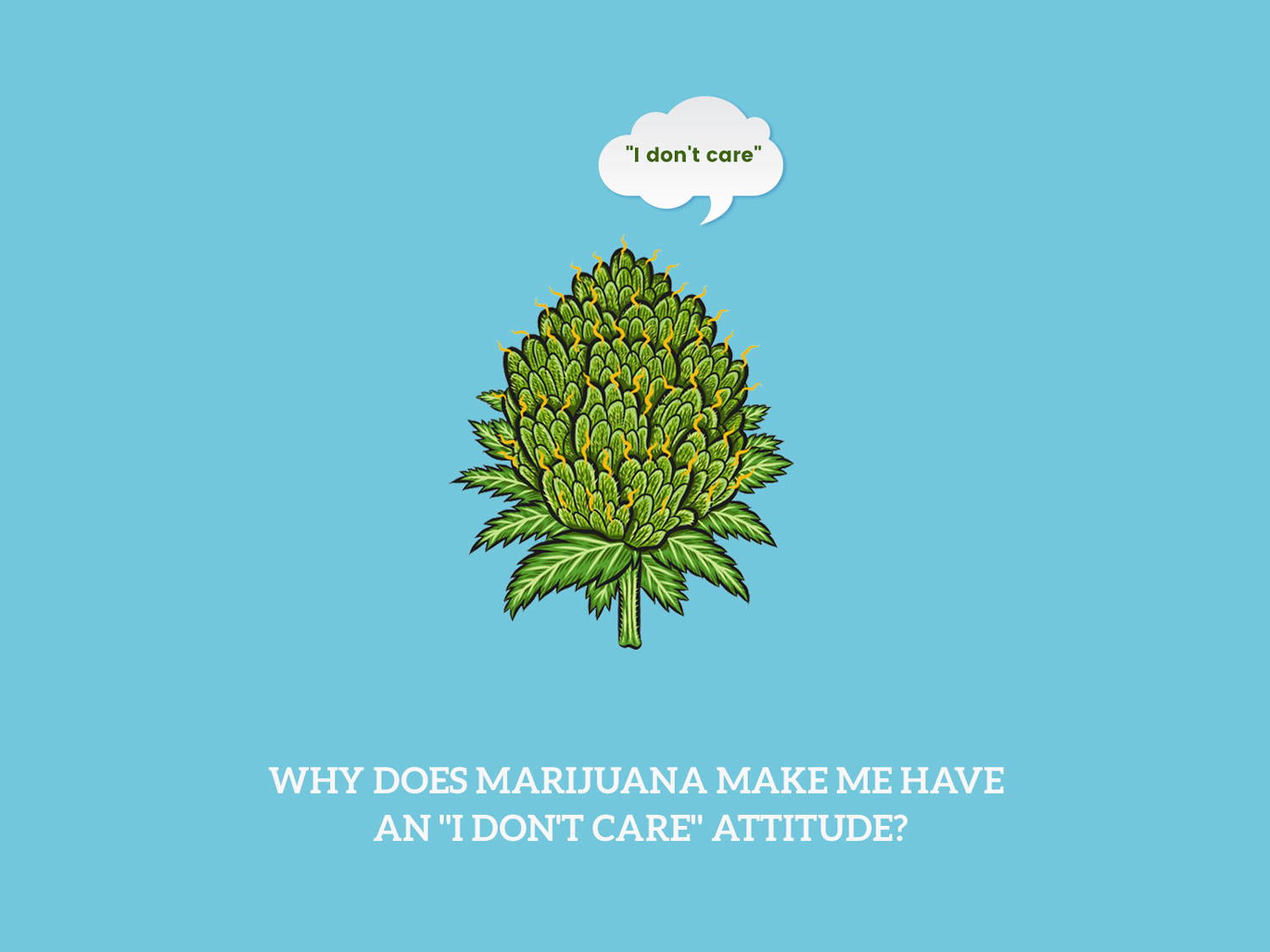 Why does marijuana make me have an "I don't care" attitude?

Cannabis, or more commonly known as “marijuana,” is a type of plant that belongs to the Cannabaceae family. According to experts at least 3 different species within the Cannabaceae genus; however, it is still being disputed and there could be more or less. Three species may be recognized as Cannabis sativa, Cannabis indica, and Cannabis ruderalis. Genetic research suggests that Cannabis originated from and is probably indigenous to Central Asia as well as in upper South Asia.

The other variety of cannabis that’s cultivated for non-drug use is called “hemp.” Aside from being used as a recreational drug, hemp is also made into hemp fiber, hemp seeds and their oil extracts are used as cough syrups other medicinal purposes, and hemp leaves can be used in a juice. Cannabis could also technically be used for mass production of industrial hemp products and replace other raw materials like our much needed trees for CO2 reduction in the atmosphere.

The Single Convention on Narcotic Drugs of 1961 prohibits production and supply of narcotic drugs including Cannabis due to its high levels of THC (tetrahydrocannabinol) which is a naturally-occurring psychoactive element. In order to not violate this international treaty some cannabis strains have been bred to produce minimal levels of THC mostly for medical purposes. In some cases, the reverse is done and some strains are selectively bred to produce a maximum amount of THCs and again it is done for mostly medical purposes. When these specially bred hemps are harvested various compounds of hash oil, hashish and other elements are extracted from them.

A negative reaction when attempting to express one’s self among family members, friends, peers or unknown people, group, or crowd that makes you feel self-conscious and unable to act in a relaxed and natural way. This behavior is usually seen in children when they first meet their classmates in school where adults will notice their shyness for a few minutes, then when they gain enough confidence they lose their inhibition.

Marijuana lose inhibitions or otherwise commonly known as the “Mellow Hippie” trope most notably in Hollywood movies, in books, and if we're honest, in real life as well, is the result of the THC interacting with a person’s nervous system. The link between the use of marijuana and those “wild” Burning Man festival fans has become a part of modern pop culture and created certain stereotypes.

It’s even easy to spot these people and they often seem happy for no reason and they talk like they’re half asleep and still dreaming with the occasional weird hand gestures and facial expressions. Immediately someone would call them out and ask, “Are you a pothead?” Pothead is the term for someone who is experiencing an altered state of mind (or a feeling of being high in street terminology) through opioids like Cannabis.

The science behind smoking weed (another street term for Cannabis/marijuana) definitely suggests that calming down and having a healthy amount of apathy is akin to people who regularly use cannabis as a habit. So if you’re craving for some apathy in order to live a life with less anxiety, then you best be smoking a joint (also a street term for Cannabis/marijuana) sooner or later.

Let’s look at the facts below on how marijuana lose inhibitions is connected to smoking weed. 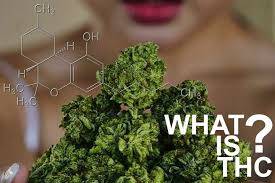 What is Tetrahydrocannabinol or THC?

We need to employ science in dissecting the link between marijuana and lose inhibitions, because the plant is made up of hundreds of different compounds, which each react differently once they come into contact with the human body. Most of these compounds contribute to giving the pothead the "feel good" high that it has become known for.

According to scientists, smoking and eating Cannabis is natural to us, otherwise people would’ve already been poisoned by it centuries ago. As a matter of fact, we even have the endocannabinoid system (probably built by evolution), which is a small part in our brain to help process the effects of THC and other compounds.

The following chemical compounds found in Cannabis influences the way you feel while you’re high on weed:

These are the naturally-occurring chemicals in weed that causes humans to lose their inhibitions. You’ll feel various effects when you smoke or ingest marijuana and while some will uplift your emotional state, others cause you to calm down to an almost apathetic level; and some causes both effects to happen at the same time.

When talking about the science behind smoking marijuana you need to consider its main organic chemical catalyst called tetrahydrocannabinol (THC). It’s this chemical compound that interacts with our nervous system and possesses the ability to trigger the reward centers in our brains.

Studies show that THC activates the same regions of the brain when people eat good food, have sexual intercourse, or feel good about buying something at half the price. We’re less likely to feel worried or anxious when we experience joy or feel rewarded.

People who smoke weed a few times a week tend to be more relaxed and less anxious partly as a result of THC's mood-boosting ability.

However, with THC being the core chemical compound that is a mood-booster, science also tells us to be cautious when inhaling too much of it. Apparently, too much of a good thing, or even your body’s chemistry not reacting appropriately with THC can have adverse effects on you.

This is the reason why sometimes you can spot some potheads to experience extreme giddiness and giggles. This also causes them to care so little about stuff in their surroundings, which depending on the situation, can be a good or bad thing.

It can also have a completely different effect on other people and if they ingest too much THC, the chemical compound can make them experience paranoia or even hallucinations. You may get a different “kick” than what you had originally expected. It’s highly recommended that you know your limits first when smoking weed. Purchasing or growing Cannabis strains that have other higher cannabinoids content than THC will help eliminate this from happening. 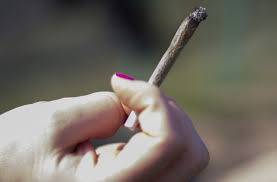 Smoking Weed Moderately is the Right Way to Go About It

But taking it above the moderate line will make you paranoid and anxious, which is the reverse of the normal expected reaction that people normally get. However, even when you overdose you won’t die from smoking weed as it has the lowest fatality rates on drug overdose compared to other narcotics.

CBD (cannabidiol) is the second most abundant chemical compound found in marijuana; however, unlike THC, the FDA approves it for legal use. CBD is commonly found in all Cannabis species and it can be extracted with basic laboratory equipment easily.

Multiple studies have been conducted on cannabidiol and researchers found that its repeated use helps benefit test subjects in terms of decreasing their anxiety levels, lower inflammation, and improved sleep/wake cycles. Other health benefits include muscle tension relief as well as stopping panic attacks – it’s a great marijuana lose inhibitions enhancer.

This little fact goes beyond the science behind smoking weed; however, you don't need to light up a joint in order to enjoy CBD's effects. This chemical compound is usually consumed as a cold-pressed oil extracted from hemp.

This is why hemp oil is very popular to so many people and across continents, because it has real health benefits compared to food supplements, or even some pharmaceuticals. 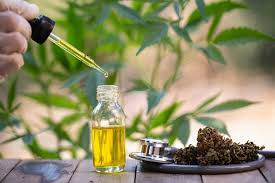 Side Effects of CBD Oil

In some cases though, people are reporting that when they use too much CBD-rich cannabis strains their normal “I don’t care” attitude transforms into something undesirable - apathy. This cannabidiol side effect has been documented and known for many years, plus another bad side effect is drowsiness and a lower libido.

There’s no more doubt that apathy is definitely linked to smoking marijuana. Unfortunately, it isn’t some unconfirmed side effect that people experience when they take too much CBD but is backed by hard scientific facts and, new evidence suggest that too much CBD in one’s body could lead to a long term apathetic state of mind.

Terpenes are Another Piece to the Cannabis Puzzle

Cannabis terpenes are the newly discovered chemical compounds that give weed its ability to get people to stay calm regardless of the situation.

Terpenes are the "fragrance oils" in your cannabis that tend to give it that skunky odor that causes stoners to shell out money on smell-proof bags. Much like the previously mentioned chemical compounds found in marijuana, terpenes will stick to your brain’s chemical receptors like glue.

The category in which terpenes sits on are massive compared to THC and CBD. Some may reduce your anxiety, others may help your body adjust and ease into the THC, while other chemical groups may have a completely different or reverse outcome.

Marijuana lose inhibitions isn’t a completed scientific study yet, and scientists are still trying to figure out the full range of effects terpenes has on the human body. However, it's safe to say that at least a handful will have calming properties.

All scientific studies on marijuana indicate with 100% proof that it can reduce anxiety, stress and help people calm down. This is not even a question at this point. Smoking weed to not give a damn about anything is actually not pseudoscience, but a fact.

Although the people who protest Cannabis by citing the link between ingesting it and apathy are not technically wrong, their angst for weed is not justified.

Being Apathetic Due to Smoking a Joint is Not That Bad

While science also proves beyond all doubt that smoking a joint can make you apathetic, we can just sweep that under the rug if one was to ingest marijuana in small doses. There comes a time in your life where caring for other people and things can become unhealthy for you and you need to stop for a while in order to recover. Marijuana can help you achieve that state of mind cheaper and faster with little-to-no side effects.

But, there's good apathy and bad apathy. The bad type of apathy is what people should avoid in order to remain in top health; however, there’s really should be no concern for that at all as we instinctively avoid things that would make us lethargic. In fact, things like social issues, becoming unemployed, and government legislations that have serious consequences on society do a lot more damage than marijuana ever could.

The science behind smoking weed shows that, yes, it can give you a healthy dose of apathy if taken in small amounts. There are also positives though, juicing cannabis has many health benefits for example/ But its health benefits goes beyond that and, in fact, making Cannabis juice can also prevent Alzheimer's disease (just boil marijuana leaves and drink it as a tea). Overall, most of the chemical compounds found in Cannabis will often make you less anxious and care less about your immediate surroundings, but as long as you use it in moderation, you should be alright.

Discover How People Are Defeating Parkinson's Disease with Cannabis

Are there any legit research studies on the effects of cannabis?

Where did cannabis originate and how was it brought to America?

Why would doctors prescribe opioids over cannabis for pain?

Everything you wanted to know about being on Dragons' Den

Does Weed Enhance Your Creativity?

Checkout
Free shipping when you spend over $99