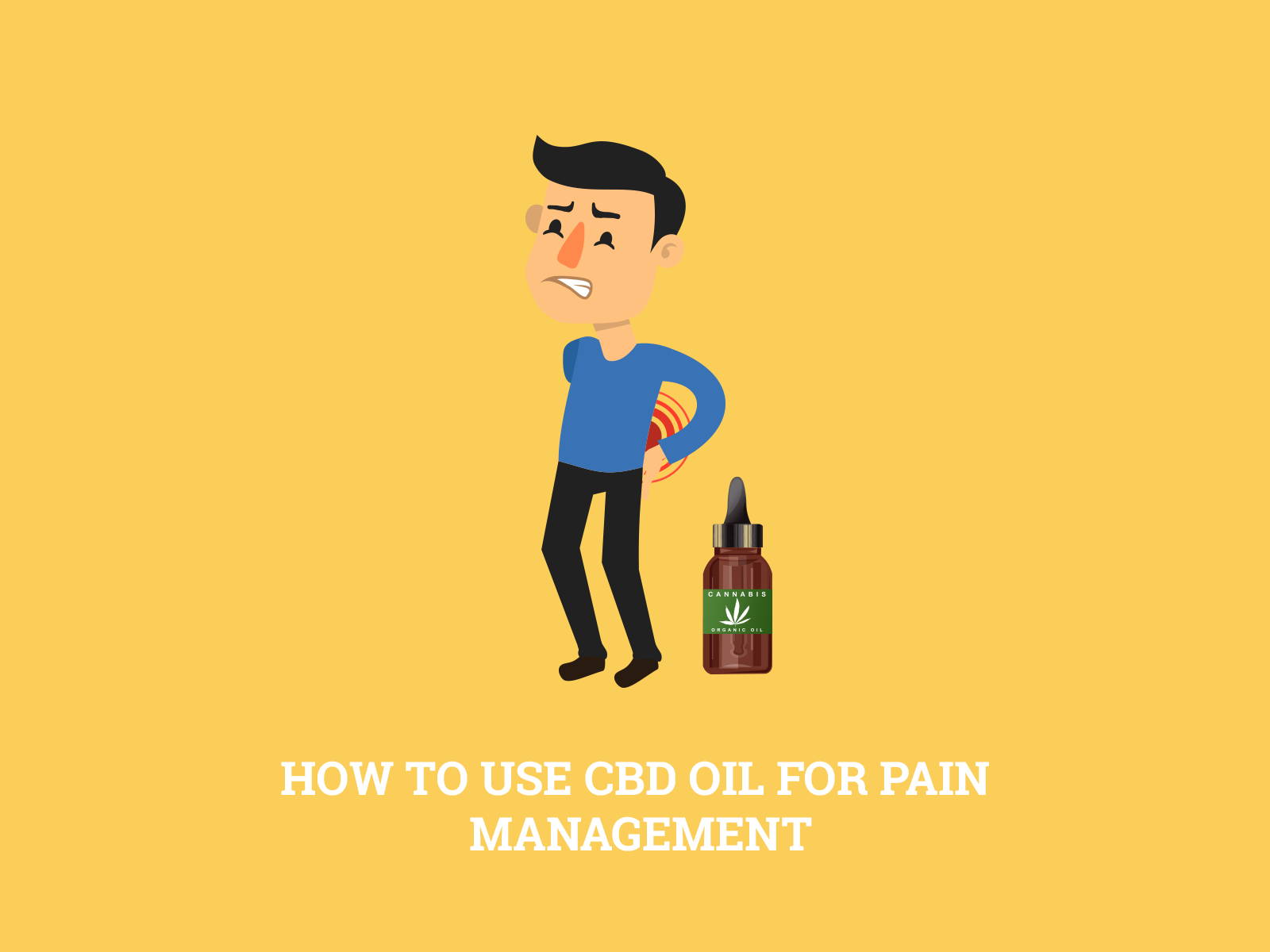 There are many ways to manage your pain. You can try mind over matter, where you simply avoid thinking about the pain or try to distract your mind from it. But for more serious or recurring issues, there are a range of medications you can use.One of the most common and increasingly popular medications is CBD for pain management. If you are looking to use CBD for pain relief, there are many studies that corroborate its effectiveness, such as those published in Medical News Today.

CBD is just one of many compounds that fall under the category of cannabinoids. There are dozens of plants around the world which contain cannabinoids, but most people think of cannabis when they hear the term. CBD, unlike THC, does not have any psychoactive effects or produce the quintessential high from pot. The reason behind this is that CBD does not activate the same receptors in the body as THC.

Your body has a system called the endocannabinoid system, or ECS. Said system receives and sends signals from compounds called cannabinoids. The system produces endocannabinoids, which regulate all areas of the body from sleep to pain to your immune system. When you consume THC, it gives you a high because it triggers the endocannabinoid receptors in the brain, which activates the reward system and produces things like dopamine. But with CBD, things go a bit differently.

CBD does influence your endocannabinoid system, but differently. It doesn’t change your state of mind at all, but instead activates or inhibits the other compounds in your system. So, for example, if your body is in pain, the endocannabinoid system is absorbing lots of anandamide, which is a compound that regulates pain. CBD can help your system release more of that anandamide compound. High levels of anandamide released into your blood can reduce the level of pain you feel. Alternatively, CBD can limit compounds released into the body, which can, for example, limit the inflammation in the nervous system or brain which, in turn, can reduce pain, reduce immune system responses, and help promote sleep in those whose pain is inhibiting sleep.

Cannabis plants have chemical compounds such as CBD, and the CBD oil you see at the store is extracted from those plants. There are different methods used by manufacturers to get it, and as such, there are varying levels of strength, smell, taste, and effectiveness. You might, for example, find CBD oil for pain management specifically, one which has terpenes added for taste and effectiveness.

Some studies found that the application of a gel made from CBD helped thwart arthritis pain and inflammation. Other research found that short-term CBD oil use reduced the severity of the muscle spasms that cause severe pain in those with multiple sclerosis.

For anyone with chronic pain, the use of CBD oil is particularly effective. Regular, long-term use can reduce pain and inflammation in the body without the side effects of other prescription medications. As with most medications, regular use means you build up a tolerance, so at most you need to increase your doses regularly.

Beyond this, CBD has been found to treat many conditions, including:

· those who want to quit smoking

· those who want to quit drugs and are having withdrawals

· people who have seizures and epilepsy

· reducing the effects of Alzheimer's

Other studies show it can be used as a treatment for cancer, is effective at reducing the antipsychotic effects for those with schizophrenia, and can be used for combating acne.

Limited research from a review suggested that side effects from using CBD oil can include changes in appetite, tiredness, or weight gain/loss depending on the person and the quantity used.

The more serious side effect considerations are for those who are on any other form of medication. If you take CBD oil as a treatment, you should discuss with your doctor how it might interfere with other medications. Remember, even over-the-counter herbal remedies, teas, oils, gels, and so on should be discussed with your doctor each time you have a prescription so that they can look out for interference between the products.The use of Epidiolex for epilepsy comes with its own list of doses and side effects which should be discussed with a doctor.

All of the research today that has to do with CBD oil for pain management involves adults. It is not recommended that CBD oil be used for children, as there are limited studies and little research evaluating the effectiveness and possible ramifications. The one exception is the use of Epidiolex for children who are 2 years old or younger and suffer from severe epilepsy. If your child has epilepsy, you should speak with their doctor about the possibility of using CBD oil.

If you are pregnant or breastfeeding, you should abstain from using CBD oil until such time as you aren’t.

Many studies indicate that the use of CBD oil is effective for pain management, and some evidence even suggests it can be used to manage chronic pain. The lack of psychoactive elements and the limited side effects make it particularly effective when compared to other pain medications.

How has CBD helped you? Share your stories below.