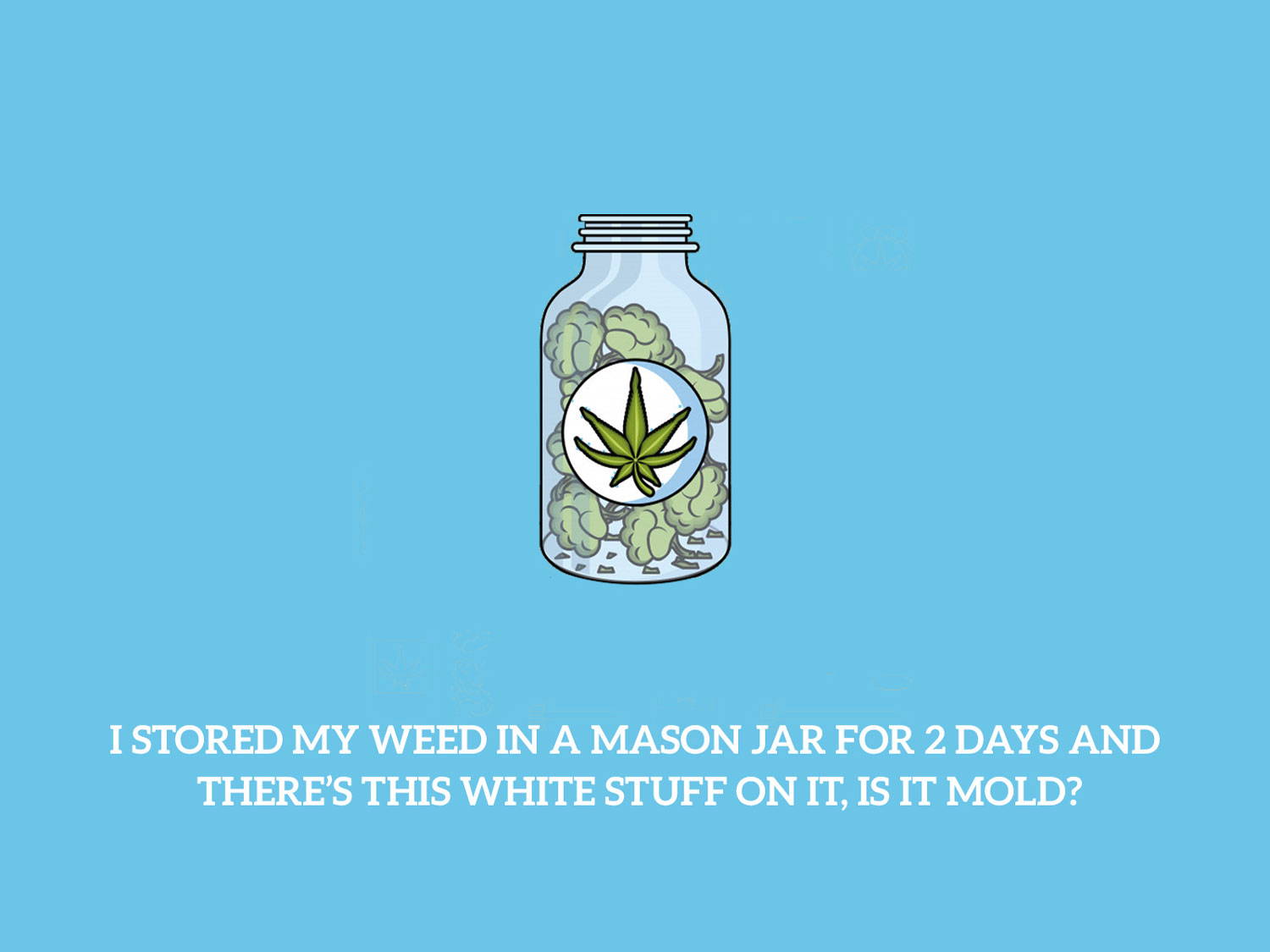 Every now and again you find an old stash of weed that may not be incredibly fresh, it might be something you've had for a while, or it's so old you can't remember when you bought it. There are also times when your weed is brand new and you just stored it in a mason jar but things are taking a turn for the worst.

Mason jars are a wonderful way to store your weed. They can be kept in a cool place just as with herbs, for more than six months so long as they’re stored properly. But if you placed your weed in a mason jar for just two days and it's already developed white stuff on it, your jar was far too wet and it is mold.

If your weed has turned black with white spots on it, it also might not be the pure pot you thought you purchased, and with any imperfections like this it's not worth the risk of serious toxicity to consume it.

White Stuff on the Weed

Improperly stored weed, without the right supplies or methods, can present with white spots which are mold. If the buds were too wet when you put them in the jar and then you seal them, they can grow mold. Exposure to this mold, can leave you significantly ill and cause neurological damage. 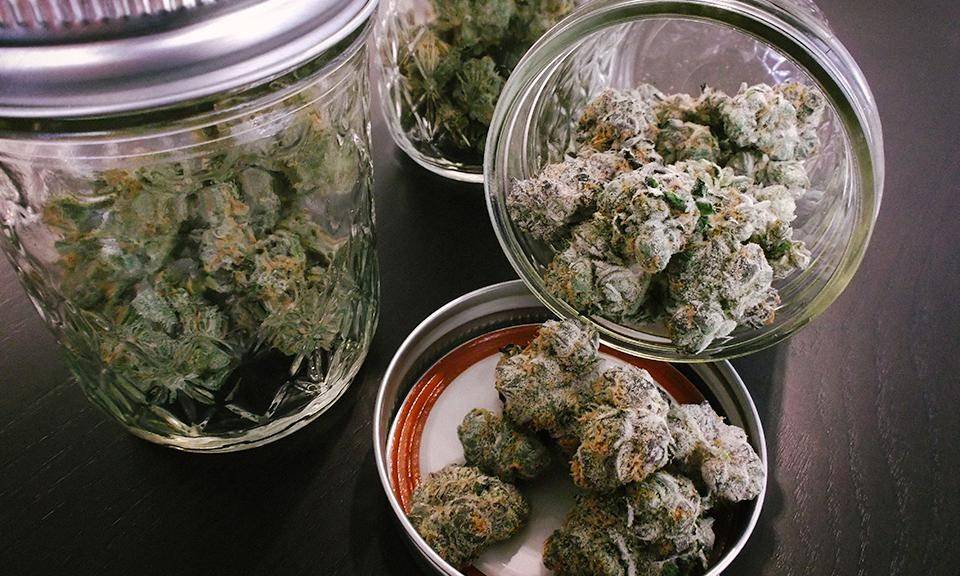 Weed, like any plant or herb, can grow mold. If you see white stuff on your weed, it’s mold. That means the weed itself has developed mold and there is no way to remove it and still smoke it. You will have to toss it out and try again.

Other than situations like mold your weed shouldn't go bad. So long as it's properly stored just like all other herbs are vegetables in your kitchen, with age the cells will break down and they will oxidize which simply means that the weed is less potent over time. But so long as there aren't mold spores on it old weed won't kill you.

The best way to avoid the issue of white spots or any other colored spots on your weed is to properly stored in first place.

The best containers to use are glass or ceramic. The reason for this is to guarantee that you have an airtight container so that other smells and flavors don't get transferred to your weed.

You can store your container in a cool, dark place but of course make sure the weed is not wet at all. To that end if you’re using a recently washed container be sure it’s allowed to dry 100% before you place your pot in there. Even an incredibly small amount of water left inside the container when sealed up will create an environment conducive to mold growth.

Having a cool, dark place is important because fresh weed is rich in THC, and CBD but if you expose it to direct sunlight the THC will start to break down into a cannabinoid called CBN which is significantly less potent. That said if it’s exposed to sunlight or any other type of ultraviolet light overtime it will break down and this conversion process will happen but it won't kill you. It certainly won't make you sick if the worst that happened to your weed is that the THC has broken down into CBN. However, it won't have the richness in flavor in the potency that it did originally.

Storing your weed in a moist area without air flow will also lead to the development of white mold spores.

If you store it in something like a ziplock bag just leave it around your house, it might not be something you want to smoke down the line. 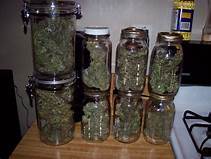 Thankfully, if you have stored pot and are worried about any unwanted developments, literally and figuratively, there are ways that you can check.

If you've been storing your weed for a longtime, It's important to give it a quick check before you open it and smoke it. If the leaves have dried out and they're powdery, it won't be enjoyable. If there are any fuzzy white powdery spots growing on it, it’s moldy and you absolutely should not smoke it.

You also want to pull the weed apart in your hands and listen for that crackling sound. If you hear it snap your weed might be to dry. If there’s no noise whatsoever it’s too moist and might very well have developed mold. So if you pull apart your weed and you hear nothing, you might consider purchasing new weed.

Aside from the visual cues your weed might give you, if you open up your mason jar you should get a good whiff. If the weed smells very musty, somewhat like an old locker room, it is probably moldy so just because you can't see the white spots doesn't mean the mold isn't forming. If it smells like plastic, it was poorly stored or contaminated.

Essentially, when you open your weed no matter how long it's been in storage, it should still smell like weed. The older it is, the less intense the smell will be but the smell itself shouldn't have changed to something else. If it does smell like anything else other than the weed smell you had when you first bought it, something's probably wrong.

If it doesn't smell and you don't see any visual signs of mold, you should be in the clear but if anything at all is slightly off-kilter, smoking weed with mold on it can cause serious ramifications and should be avoided at all costs. So, check for visual signs of any mold development, smell it, feel it, and listen to it before you decide to smoke it. And if your stash has white stuff on it after 2 days, try a different method of storage.